re·tard
verb
riˈtärd/
The word retard dates as far back as 1426. It stems from the Latin verb, retardare, meaning to hinder or make slow. The English adopted the word and used it as similar meaning, slow and delayed. The first time the word “retard” was printed in American newspapers was in 1704. At this time, it was used in a way to describe the slowing down or the diminishing of something. The first time that any form of retard was used to describe mentally disabled people was during the 1960s when “there was a push among disability advocates to use the label mental retardation. This push from advocates was because older terms for the mentally disabled, like moron, imbecile, feeble-minded and idiot, had developed negative meanings. Retard was not used to refer to mentally disabled people until 1985. It was widely accepted to refer to people who are mentally disabled as mentally retarded, or as a retard. From there, it turned quickly into a pejorative term, as people began to use it interchangeably with words like stupid, or idiot. Many communities, particularly in North America, regard the word as no longer socially acceptable. The fact that it is still commonly used has led to a continuing debate. A common replacement is the phrase “the r-word.”
U.S. President Barack Obama signed S. 2781 into law on October 5, 2010. Known as Rosa’s Law, it is a bill that changed references in federal law; the term mental retardation was replaced by mental disability. Additionally, the phrase “mentally retarded individual” was replaced with “an individual with an intellectual disability”.  Rosa’s Law was named after Rosa Marcellino, a nine-year-old girl with Down Syndrome. She worked with her parents to have the words “mentally retarded” officially removed from health and education code in Maryland, her home state.With this new law, “mental retardation” and “mentally retarded” no longer exist in federal health, or education and labor policy. The rights of individuals with disabilities will remain the same. The goal of this word removal was to remove language that may be considered hurtful from communities.
I came across this article (in a series of articles) that the Huffpost Impact blog has posted on the topic.
I Am the Person You Hurt When You Say the R-Word
03/05/2014 11:47 am ET | Updated May 05, 2014 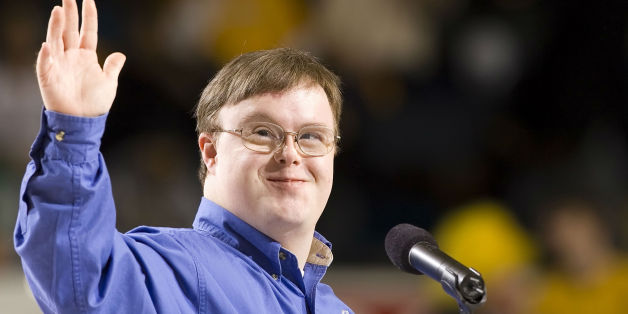 Sometimes I feel like Professor Van Helsing, or maybe Buffy the Vampire Slayer. I keep trying to kill this thing and it just won’t die. Of course, my nemesis is the “r-word,” not a vampire.

Like Dracula, the r-word just sucks the life out of those of us who fall in its path. It spreads like an infection from person to person. It seems as though perfectly nice people who “mean no harm” get bitten by hearing others using the term while “meaning no harm.” And so it goes, from person to person, until it becomes so common that even Presidential Chiefs of Staff, radio talk show hosts, movie characters and famous political pundits use the nasty slur — then say they “meant no harm.”

To all of you who use it, let me say it one more time, THE R-WORD HURTS. You don’t have to aim the word directly at me to hurt me and millions of others like me who live with an intellectual disability. Every time a person uses the r-word, no matter who it is aimed at, it says to those who hear it that it is okay to use it. That’s how a slur becomes more and more common. That’s how people like me get to hear it over and over, even when you think we aren’t listening.

So, why am I hurt when I hear “retard.” Let’s face it, nobody uses the word as a term of praise. At best, it is used as another way of saying “stupid” or “loser.” At worst, it is aimed directly at me as a way to label me as an outcast — a thing, not a person. I am not stupid. I am not a loser. I am not a thing. I am a person.

It hurts me to think that people assume that I am less than a whole person. That is what is so awful about slurs. They are intended to make their target seem smaller, less of a person. People who live with an intellectual disability do not have an easy life. We have to fight to understand what the rest of you take for granted. We fight for education. We fight to live among the rest of you. We struggle to make friends. We often are ignored, even when we have something to say. We fight so hard to be seen as whole people. It hurts so much, after all that struggle, to hear you casually use a term that means that you assume we are less than whole.

How shall we respond to those of you who still use the r-word? Well, like Van Helsing and Buffy, we are going to aim at your heart. The only difference is that we are determined to drive a smile, not a stake, through your heart. Come join me on the side of the good guys. I promise you will feel better about yourself — and no other people will have to feel bad about themselves.

This post is part of a series produced by The Huffington Post and the Special Olympics in conjunction with Spread the Word to End the Word awareness day on Wednesday, March 5. To find out more about the Spread the Word campaign, please visit the website. Join us in taking the pledge at R-Word.org. Read all posts in the series here.

Here is a video that I found on The Mighty site

Here is an NPR piece on the topic of rethinking the word.

What do you think about this whole topic? We would love to hear from you, please post in the comments.

Latest from the Blog